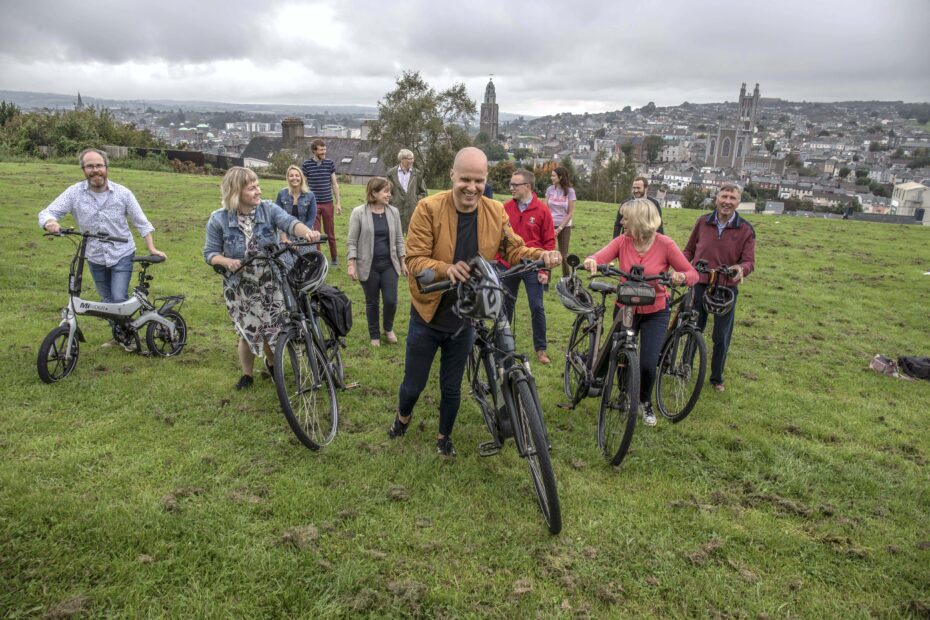 I enjoyed my couple of weeks on the e-bike. I was a little nervous beforehand as I hadn’t really cycled since i was a teenager. Patrick in City wheels was very helpful and gave me a great run through of the bike, which i collected that week.

The bike itself was a beast, the only slight drawback is that all that power means it’s a bit heavier than a normal one. It was a small pay-off for that extra power, which came in very handy when going up steep hills. I wanted to use the bike for some degree of exercise too so only used the extra power sparsely, for big hills.

The charging of the bike was simple too and it basically charged like a mobile phone. I only charged it twice in two weeks, and left it with lots of battery left over.

I only cycled about 150km, which was mainly city treks and a few spins to Monkstown/Passage, etc.. I live in Ballinlough so the Blackrock line and other cycle ways were handy. City cycling was a lot more daunting, and i avoided rush hour mostly. I can walk in to the city in 20 minutes so cycling was basically about five minutes and once i got used to where to park it, etc..

I enjoyed spinning in and out. The weather was good and i don’t have any DJ gigs bar radio at the moment so I didn’t have to bring gear, bar a small bag on my back. In better times I’d need a car to bring my music gear.

It was great travelling 10–15km without having to sweat and I loved cycling by the water especially.

Overall, I couldn’t do without a car, which myself and wife share. I have two young kids so need it to transport them and I need it for work, even on a year as slow as this. I enjoyed the fresh air and saving money and time on parking. I’ll defo cycle more and though I probably wouldn’t justify or need an e-bike yet. I was trying to buy a regular one during the lockdown.

I’d love to cycle around the city with my kids. I can handle the inconsistencies regarding the lanes and infrastructure but wouldn’t risk my kids in the city. Cork is perfectly set up for cycling and when the infrastructure is good it can be great.

The e-bikes mean the hills have a solution too and i enjoyed cycling around the hilly northside one or two morns.

Ultimately though, the infrastructure is lacking. The city and county are ideally placed to become very bike friendly and a more pedestrianised and cycle friendly city is within our grasp if we have the vision to go for it.

The newly pedestrianised Marina is a great example of what we can do but even here the surface is terrible and I’d hate to be cycling on a bike with thin wheels on it. Cycling is great. Nearly everyone who does it agrees. But safety has to be paramount. And the infrastructure needs to improve.

Thanks to everyone involved most especially Patrick in City Wheels someday I’ll buy a bike again for sure. A cycling city is much more fun and better for us all.”

Tips to save money

Make sure to use the Cycle to Work Scheme from Revenue to save up to €800 when buying your electric bicycle.

Your local Credit Union can offer you easy access to finance to buy an electric bicycle.

* Are you an electric bicycle retail and want to be listed here? Email info@we-bike.ie to be included.

We also use third-party cookies that help us analyze and understand how you use this website. These cookies will be stored in your browser only with your consent. You have the option to opt in or out of these cookies.

Any cookies that may not be particularly necessary for the website to function and is used specifically to collect user personal data via analytics, ads, other embedded contents are termed as non-necessary cookies. It is mandatory to procure user consent prior to running these cookies on your website.